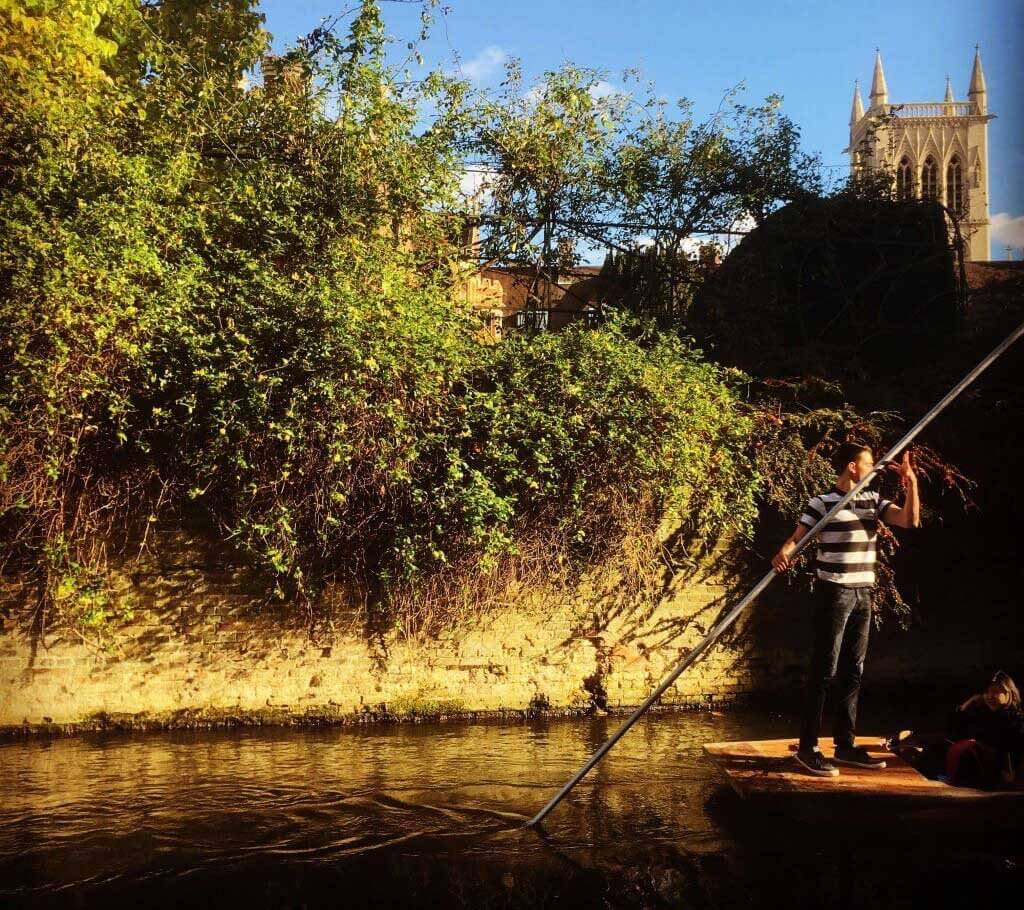 About punting through the university in Cambridge

Founded in 1209, Cambridge University is the second oldest university in the UK.

It is world renown for the quality of education and the high Caliber of its graduates. Some notable Alumni include Charles Darwin and Stephen Hawkin.

It’s famous for the concentration of historic buildings next to the river.

Punting is the use of a stick to push a flat bottomed boat called a punt.

Punting was common in places where there was marshland because of the low draft on the boats and strong torque produced by the pole.

Why punt through the university?

Boat rides, punts included are an interesting way to see the sites, but this is not the sole reason the punting has become so popular in Cambridge.

There is no footpath running along the river which makes use of the river a higher priority for tourists who wish to view the main sites. The alternative to punting is to visit each of the university colleges individually, which is time-consuming, expensive and in some cases not available.

Cambridge University is unique in that most of the main attractions are based aside a medium-sized river. Most significant buildings were built out of the flood plain. It’s different in Cambridge because the whole area was once vulnerable to flood as it’s so flat. When the area was once marshland, there was a transport advantage to being based on the riverside.

How to got punting through the university?

You can just turn up to any of the 9 punting companies which operate in Cambridge.

You will, however, get a cheaper deal if you buy tickets online. A search on google for “punting Cambridge” will find most of the options. Check out our prices here.